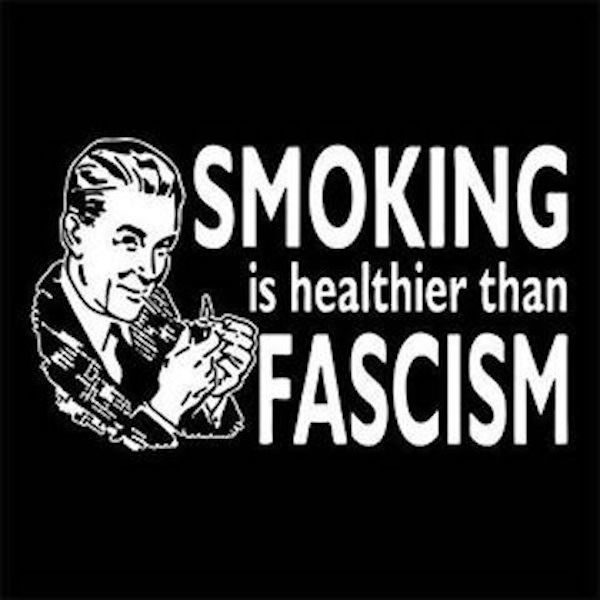 Germany is the only country in the EU that still allows tobacco companies to advertise their products on billboards and in cinemas. Now, doctors and some politicians pushing to change this. “The tedious and long-standing discussion about poster advertising [of smoking] is dismal,” Klaus Reinhardt, president of the German Medical Association, told Spiegel Online. “You can’t accommodate the industry here. Smoking is harmful, period,” said Reinhardt, who said that all tobacco products, including e-cigarettes, should fit under the ban. Germany was one of the last EU countries to adopt a smoking ban in 2007, although rules are still relatively lax, with many pubs, restaurants and public places still allowing it within their premises. Lighting up is still widespread throughout the country, with 18.6 percent of women, and 26.4 percent of men, over aged 15 stating that they are smokers, according to 2017 data from the Robert Koch Institute.
Source: Fascist: German Medical Association calls for complete ban on smoking advertising