Establishment propagandists are freaking out over Gabbard’s decimation of Harris

August 2, 2019
Establishment propagandists are freaking out over Gabbard’s decimation of Harris 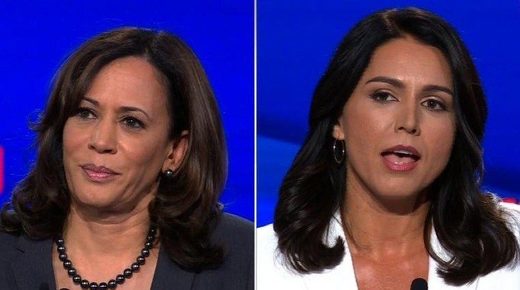 In the race to determine who will serve as Commander in Chief of the most powerful military force in the history of civilization, night two of the CNN Democratic presidential debates saw less than six minutes dedicated to discussing US military policy during the 180-minute event. That’s six, as in the number before seven. Not sixty. Not sixteen. Six. From the moment Jake Tapper said “I want to turn to foreign policy” to the moment Don Lemon interrupted Congresswoman Tulsi Gabbard just as she was preparing to correctly explain how President Trump is supporting Al-Qaeda in Idlib, approximately five minutes and fifty seconds had elapsed. The questions then turned toward the Mueller report and impeachment proceedings.
Source: Establishment propagandists are freaking out over Gabbard’s decimation of Harris