Envoy Yovanovitch’s ‘feelings’ that Trump ‘threatened’ her on Twitter are impeachable, says Democrats 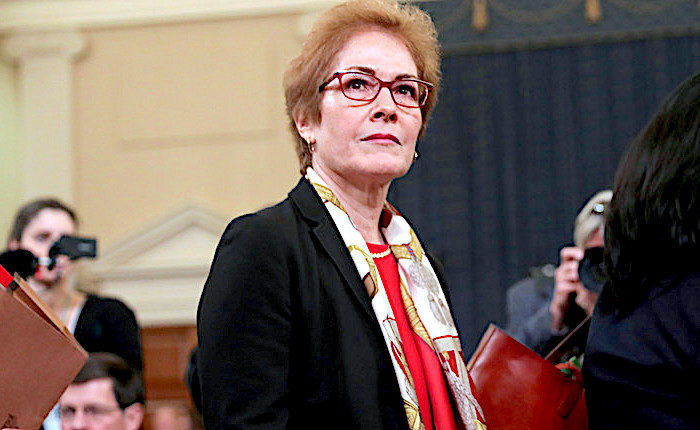 Ex-ambassador Marie Yovanovitch feeling “threatened” by President Donald Trump and his tweet criticizing her “in real-time” during her testimony amount to new grounds for impeachment, Democrats and their media proxies claimed. During Friday’s impeachment hearing, Yovanovitch complained that she’s been the victim of a “smear campaign” by the Trump administration, carried out particularly by the president’s personal counsel Rudy Giuliani – and Trump himself. The former ambassador recalled her reaction to the transcript of the phone call between Trump and Ukrainian President Volodymyr Zelensky in a testimony that the New York Times called “powerful and personal.” Quoting a third-person account for some reason, Yovanovitch said that “a person who saw me actually reading the transcript said that the color drained from my face. I think I even had a physical reaction. I think, you know, even now, words kind of fail me,” she went on.
Source: Envoy Yovanovitch’s ‘feelings’ that Trump ‘threatened’ her on Twitter are impeachable, says Democrats