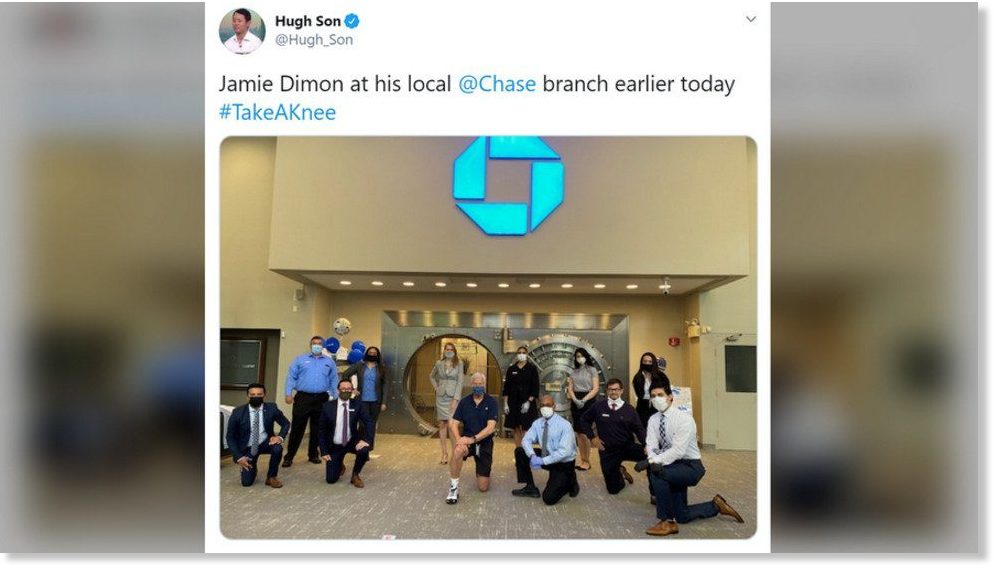 The growing trend of kneeling to show solidarity with the ‘Black Lives Matter’ movement has apparently been adopted by banker Jamie Dimon, triggering an avalanche of disbelief and mockery on social media. The CEO of JPMorgan Chase was photographed taking a knee in front of a large bank vault on Friday, sparking speculation that he was expressing support for anti-racism protests that have spread across the United States. His bank declined to confirm whether there was a deeper meaning behind the photograph, but Dimon had previously voiced sympathy for the demonstrations, stating that Chase was “committed to fighting against racism and discrimination wherever and however it exists.”
Source: Empty virtue signalling: JPMorgan CEO Jamie Dimon kneels in front of giant vault