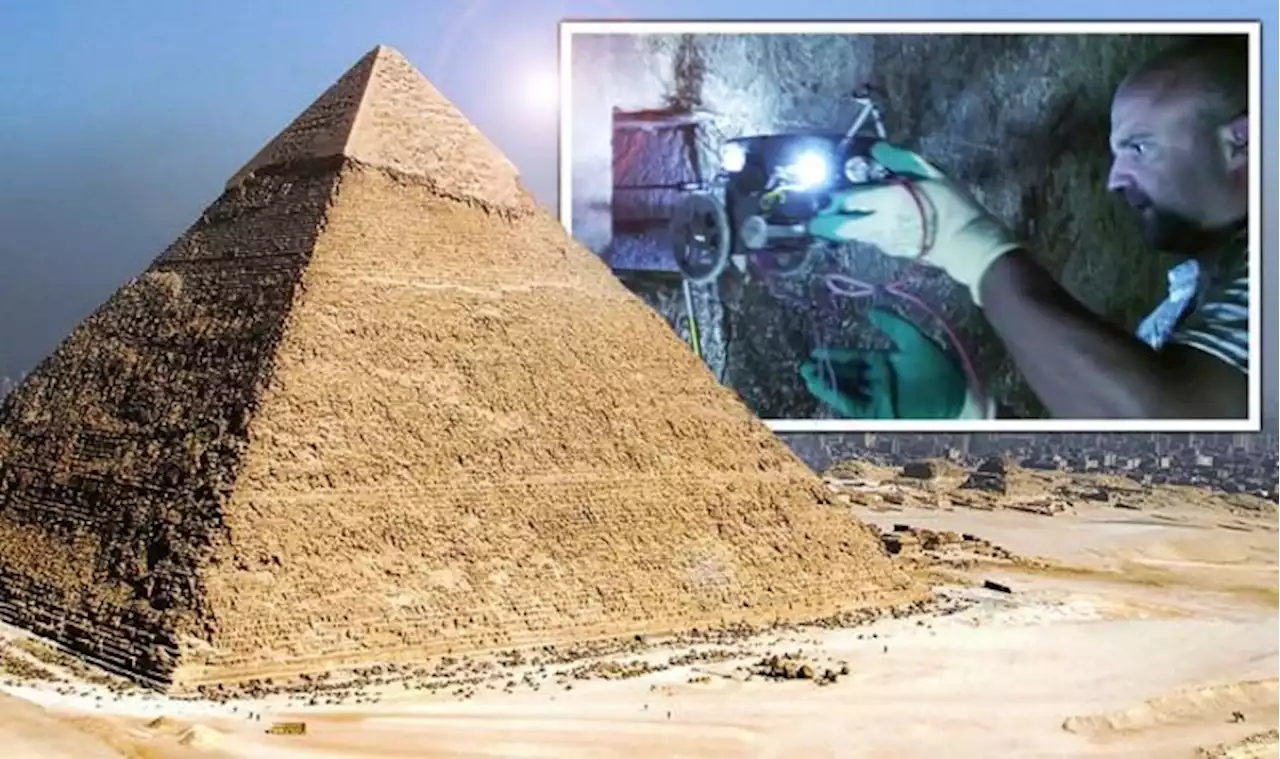 EGYPT’s Great Pyramid of Giza has been exposed after a tiny robot headed into the air shafts of the ancient structure, making a breakthrough discovery which “adds another dimension to the story” Express.co.uk can exclusively reveal. Led by a team of Britons, the Djedi Mission used state of the art robotics and technology designed for space exploration to finally look beyond the famous Gantenbrink Door. First spotted in 1993, the stone slab was hiding 65 metres up an airshaft behind the Queen’s Chamber and was drilled through under orders of famous Egyptologist Zahi Hawass, seemingly revealing nothing during a live TV broadcast. But now, almost three decades later, experts have made a breakthrough, historian Matthew Sibson revealed to Express.co.uk exclusively. He said: “Basically, a few years ago, a robot went into the Great Pyramid and found a door behind an air shaft in the Queen’s Chamber.
Source: Egypt: Great Pyramid exposed after tiny robot explores mystery shaft in Queen’s Chamber