A Joe Biden event on Sunday at a New Hampshire Middle School gymnasium was interrupted by two protesters, who assailed ‘quid pro Joe’ with accusations of being a ‘pervert’ and making money in Ukraine.

“You’ve touched kids on video, and women,” shouted one man, adding “We don’t need another old white man running for president – time to have a minority candidate,” to which Biden – who likely didn’t hear the guy, said “I agree with ya man. I agree. Nice talkin’ with you.” 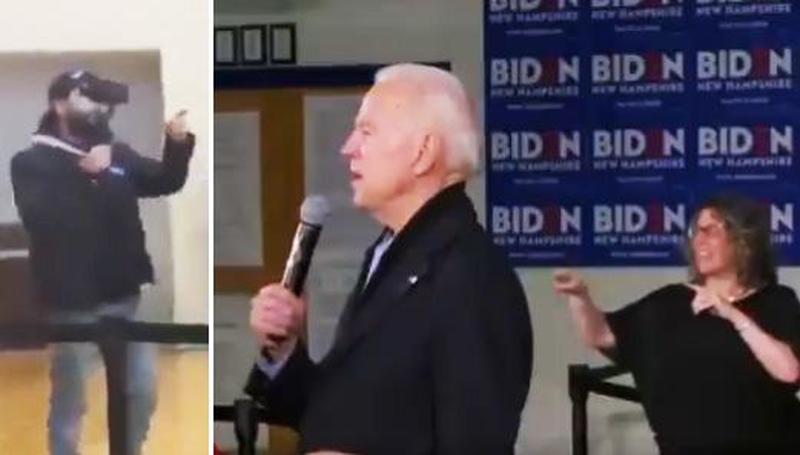 “Look it up,” the man told the gasping crowd. “Don’t lie to them, ‘creepy uncle biden,’ look it up!”

The man was led out to a smattering of half-hearted applause from the less than energized crowd.

At another point, another man in the back shouts at Biden, “Excuse me mister Biden. How much money did you make in Ukraine?” to which (after an angry New Hampshire Democrat shouted to the protester “Is that all you got pal?”) Biden shot back “Wait, wait, wait, wait wait. I released 21 years of my tax returns. Your guy hasn’t released one, what’s he hiding?”

WATCH: Another man in the back of the room shouts at Biden, asking how much he made in Ukraine.
Biden fired back: “I’ve released 21 years of my tax returns, how many has yours? What’s he hiding?”
A few minutes after this exchange, someone in the crowd behind Biden collapsed.
2/2 pic.twitter.com/rJIBK49uGJ

Protestor at a Biden event in NH:

“The truth is going to come out, buddy!” pic.twitter.com/r1UHCsmvna