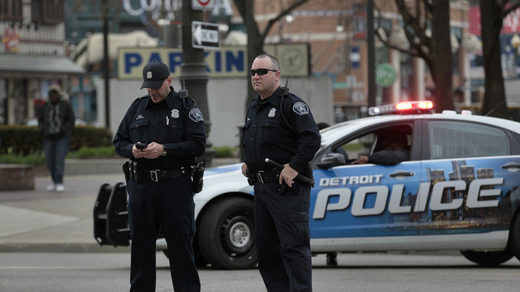 A police board meeting escalated when Detroit cops tackled a police commissioner to the ground and arrested him at a heated hearing where protesters demonstrated against the city’s controversial facial recognition scheme. Commissioner Willie Burton was annoyed that the Board of Police Commissioners had held secret, closed door meetings that he and the public were not allowed to attend during which an expansion of the facial recognition scheme was planned, Metro Times reports. He attempted to call out the board on the issue at Thursday’s meeting, but was told to be quiet by board chair Lisa Carter, who objected to him speaking for longer than his allotted time, and then asked that he be removed.
Source: Detroit cops arrest their police commissioner at heated meeting over facial recognition