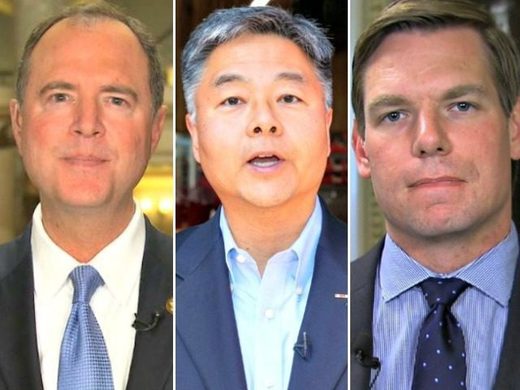 Democrats who pushed BuzzFeed’s anonymously-sourced report that President Trump had instructed his former lawyer Michael Cohen to lie to Congress were silent Friday evening after Special Counsel Robert Mueller’s office issued a statement disputing the report. “BuzzFeed’s description of specific statements to the Special Counsel’s Office, and characterization of documents and testimony obtained by this office, regarding Michael Cohen’s Congressional testimony are not accurate,” Special Counsel spokesman Peter Carr said in a statement. Hours before Mueller’s statement, House Intelligence Committee Chairman Adam Schiff (D-CA) issued a statement, suggesting the president may have committed “subornation of perjury” as well as “obstruction of justice,” and pledging to investigate the allegations. “Our Committee is determined to get to the bottom of this,” he said.
Source: Dems who pushed BuzzFeed report silent after special counsel statement