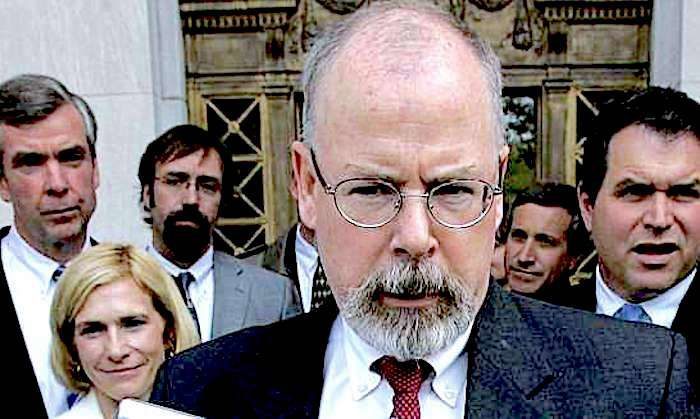 Congressional Democrats who fear Connecticut U.S. Attorney John Durham may be conducting a partisan investigation into the origins of the FBI’s probe into Russian meddling in U.S. elections are calling on him to resign. Rep. Hank Johnson, D-Ga., has written Attorney General William Barr and Durham, saying “neither of you possess the integrity necessary to serve in the Department of Justice.” Comment: We could say the same about the integrity of most legislators serving in Congress! Signed by 10 of Johnson’s House Democratic colleagues — but none from Connecticut — the letter’s demand for Barr’s resignation is not unique. In May, for instance, Connecticut Sen. Richard Blumenthal said Barr should “probably resign” because, the senator said, the attorney general had mislead the public about the conclusions of former special counsel Robert Mueller’s report into Russian meddling. But calls for Durham’s resignation are new.
Source: Democrat lawmakers demand Barr and Durham resign their posts