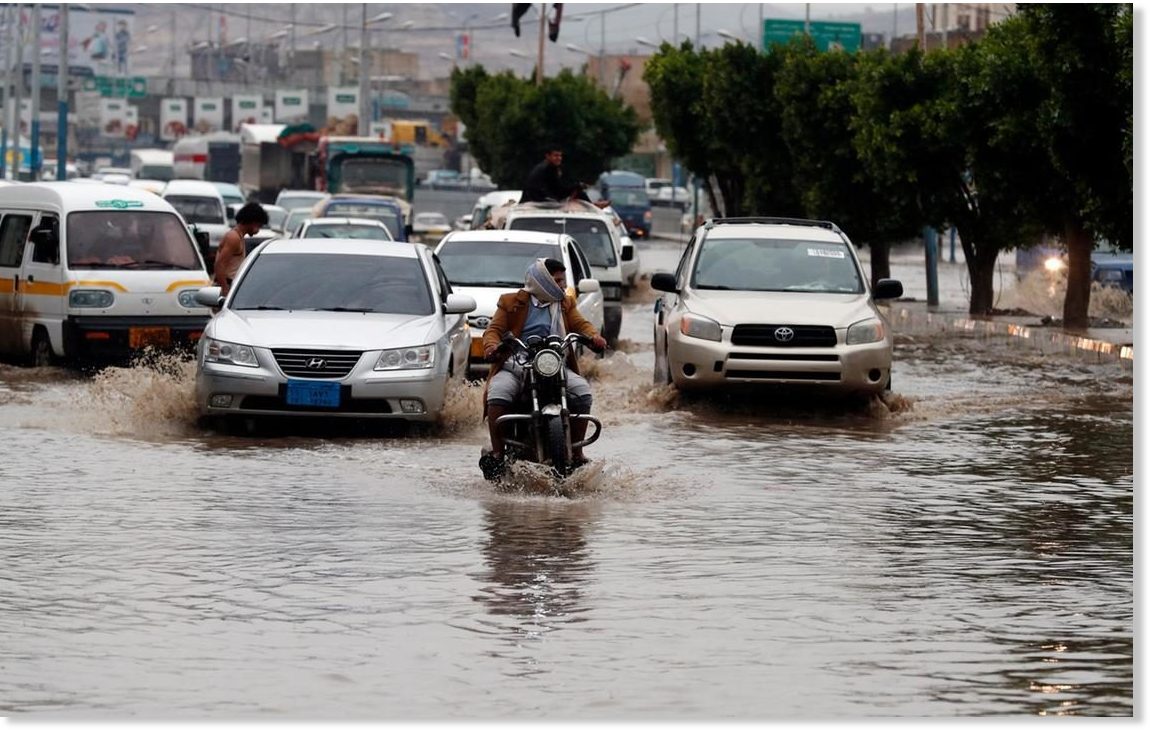 At least 10 civilians died and dozens were injured when heavy flooding struck the port city of Aden in southern Yemen on Tuesday. Dr Jamal Khadabakhish director of public health in Aden, told The National that the huge floods resulted in three deaths and 27 injuries among residents of Al Mualla district. And four people from one family died as their house in Sirah district, in southern Aden, collapsed on them. “There are many other casualties in the northern districts of Dar Saad and Al Sheikh Othman,” Dr Khadabakhish said.
Source: Deadly flooding strikes Yemen’s Aden killing at least 10