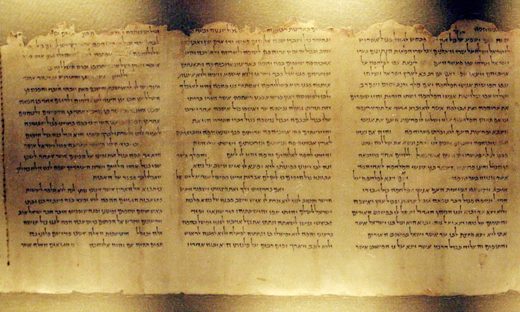 The Dead Sea scrolls have given up fresh secrets, with researchers saying they have identified a previously unknown technique used to prepare one of the most remarkable scrolls of the collection. Scientists say the study poses a puzzle, as the salts used on the writing layer of the Temple scroll are not common to the Dead Sea region. “This inorganic layer that is really clearly visible on the Temple scroll surprised us and induced us to look more in detail how this scroll was prepared, and it turns out to be quite unique,” said Assistant Professor Admir Masic, co-author of the research from Massachusetts Institute of Technology in the US. “These salts are not typical for anything we knew about associated with this period and parchment making,” he added.
Source: Dead Sea scrolls study raises even more questions over texts’ age and origins