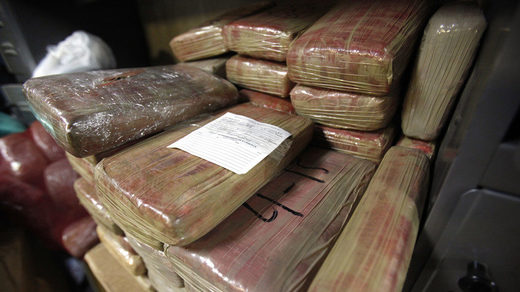 More drugs than ever are flowing into the US from south of the border as federal resources have been diverted to the migrant crisis, leaving Border Patrol hopelessly overstretched, the US drug policy chief has warned. “Seizures are down, and it’s not because there are less drugs coming in,” James Carroll, director of the US Office of Drug Control Policy, told Breitbart on Thursday, lamenting that the US’ immigration system is encouraging an unmanageable influx of migrants and forcing Border Patrol to expend its resources on managing the “humanitarian need.” “Border Patrol is stretched so thin that we have miles and miles of completely unprotected border where they can just bring the drugs in en masse,” Carroll warned, explaining that the drug traffickers are actually exploiting the “humanitarian thing” by sending migrants to cross in one area and sending drugs over another area while Border Patrol is distracted apprehending the migrants.
Source: Cross-border drug traffic peaking thanks to focus on migrant crisis – US drug czar