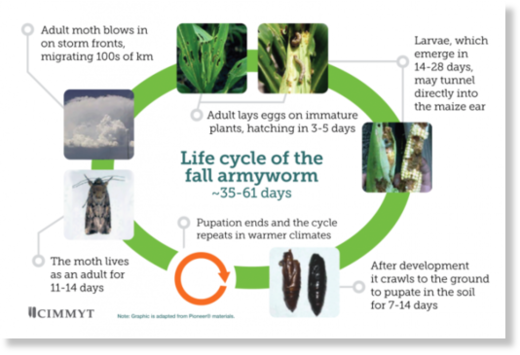 Yan Wenliu leans on the side of his cart as he prepares to leave his sugarcane field in Southwest China, bewildered by the formidable new pest that has ambushed his crops this year. “I don’t know what it is,” says Yan, a 36-year-old farmer from Menghai county in Yunnan province. “But it is bigger than other ones. I have never seen this worm before.” The creature Yan is unable to name is fall armyworm. Known locally as the “heart-devouring worm,” the destructive pest has spread more than 3,000 km (1,865 miles) north since migrating from neighbouring Myanmar seven months ago, reaching 21 provinces and regions in China and posing a grave threat to grain output. In Yunnan alone, where the pest struck first in China, some 1.29 million mu (86,000 hectares) had been affected by mid-June, including corn, sugarcane, sorghum and ginger crops.
Source: Crop invaders: China’s small farmers struggle to defeat armyworm