“The most significant change to the fighter jet is that it is now equipped with thrust vector control,” the source said.

Thrust vector control (TVC) is cutting-edge aviation technology that is currently dominated by the US and Russia, gives these nation’s stealth jets better combat capability.

“TVC involves a movable thrust nozzle that enables a fixed-wing plane to change the direction of its engine exhaust. This allows the pilot to raise the aircraft’s nose cone vertically while maintaining forward momentum so the plane effectively “sits” on its own tail in an aerodynamic stall caused by low speed and a high angle of attack. 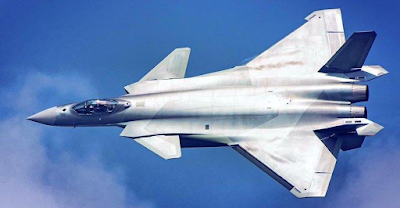