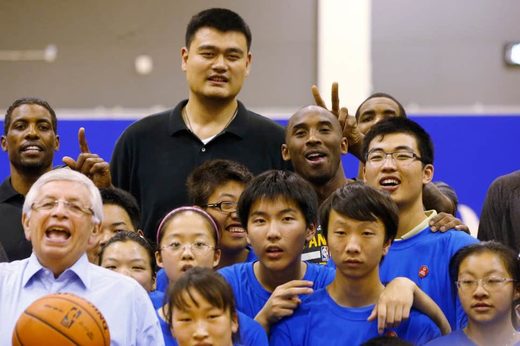 China has suspended its broadcasts of the NBA after the league’s commissioner defended a team executive’s freedom to express support for the Hong Kong protests. In a tweet posted last Friday, the Houston Rockets’ general manager, Daryl Morey, posted a graphic containing the logo of Stand With Hong Kong, an activist group that has called for foreign intervention in the city. Morey deleted the tweet and sought to distance his opinions from those of the Rockets or the NBA — but the damage had already been done, as the Hong Kong protests are deeply unpopular in China. Comment: Watch anti-govt protesters fight with Beijing supporters in Hong Kong mall – Overall tourism down 40% Several of the team’s Chinese sponsors and partners — including the state broadcaster China Central Television and the livestreaming platform Tencent Sports — immediately said they would stop broadcasting Rockets games.
Source: China will stop broadcasting NBA games after Commissioner defends Hong Kong ‘freedom’ tweet