It’s the final day of Q1, and in China, health officials have decided to start publicly unveiling the number of allegedly ‘asymptomatic’ carriers as Beijing ramps up travel restrictions. Many of these asymptomatic carriers are foreigners who managed to get into the country without being forced to self-quarantine because they didn’t exhibit any symptoms, including no fevers, one of the biggest and most critical symptoms for filtering out the potentially infected.

As the US ramps up its testing capacity, Reuters reports that the number of cases of ‘asymptomatic’ carriers in China was at 1,541 by late Monday, with 205 of those cases having come from overseas, according to data shared with Reuters. Shanghai, a critical commercial hub for China, reported 11 new imported cases on Monday, while three new cases among travelers were reported in Beijing. Still, there were almost no new cases in the country.

Just as the number of cases plunges to the point that nobody really cares about the numbers anymore, health authorities in Beijing said that they would start releasing data on the number of mostly foreign “asymptomatic” cases. 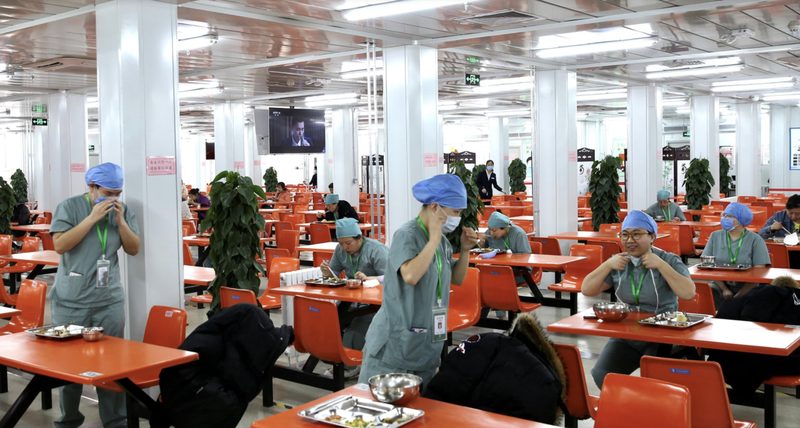 Wuhan, the capital of Hubei Province, reported no new infections for a seventh straight day. Groups of medical teams in brightly colored jackets took photos around the city as they prepared to leave. “Thank you, Wuhan. We are back,” read a message on a building that houses a Levi’s clothing store. The message was clear: The lockdown was finally over.

The commercial hub of Shanghai saw 11 new imported cases on Monday, mainly among returning Chinese nationals, while Beijing had three. By Monday, total infections stood at 81,518 in mainland China, with 3,305 deaths.

But initial data isn’t terrible. New data from a survey of manufacturers showed that factory activity expanded in March from February’s collapse as businesses returned to work, but analysts warned about the slump in external demand becoming a growing risk for Chinese factories ironically.

“The situation could be very fluid as the virus outbreak remains unpredictable,” analysts at ANZ bank said in a note. “Chinese policymakers will likely step up and expand the stimulus program if needed.” But that won’t spare domestic companies from the backlash from the fact that more people, including Americans are staying home.

Across China, as businesses start opening back up, locals are rejoicing as the number of infections peters out even as new cases surface among travelers returning home. However, the prevalence of virus carriers with no symptoms is spurring public concern that people could be spreading it without knowing they are ill.

And now that the daily report of the National Health Commission will include details of such cases for the first time (as Chang Jile, a commission official, said during a Tuesday briefing), the government is also recommending that anybody who comes into contact with these people quarantine themselves for 14 days.

Fearing a follow-up wave of infections sparked by travelers, China said Tuesday that it would delay its grueling college entrance exams, the “gaokao”, by a month, until July 7 and 8, according to China Central Television. Hubei Province and Beijing will get additional leeway in scheduling.