Judging by the collapse in Chinese futures and the Offshore Yuan over the past week, China’s key cash equity index – The Shanghai Composite – is set to plunge around 6-8% as the market re-opens for the first time since Lunar New Year (and the coronavorus chaos). 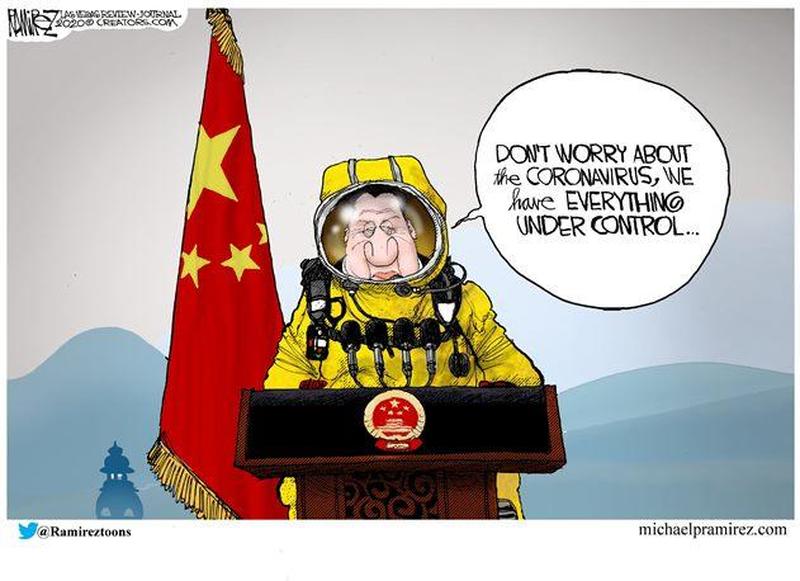 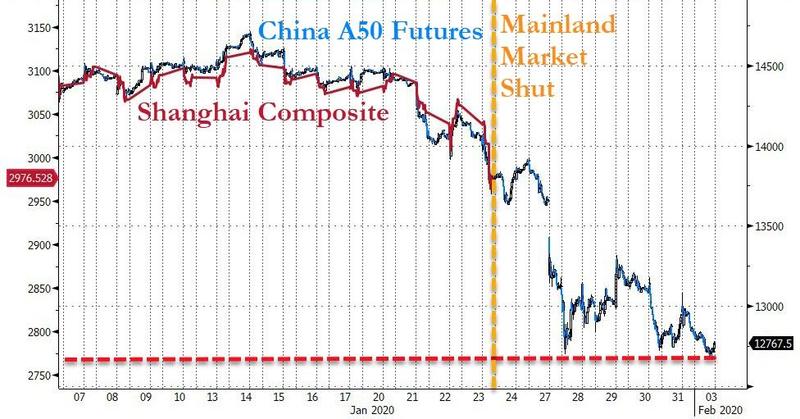 And Offshore Yuan is fighting at the 7.00/USD level… 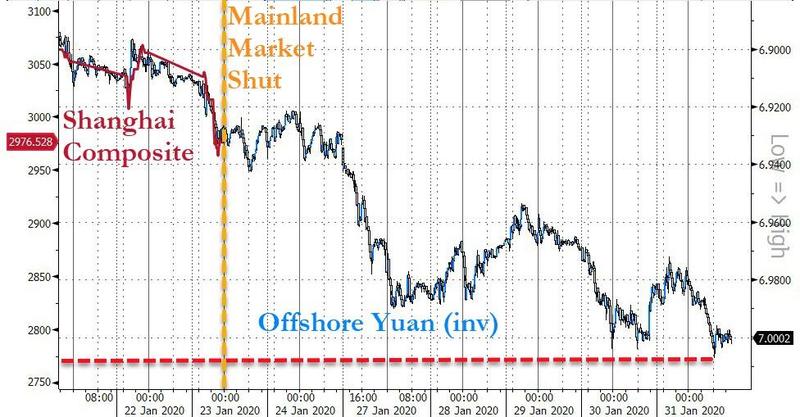 Which of course will not do for the nation has to maintain the appearance of a minor flesh-wound than a catastrophic coronary. And so, as Bloomberg reports, China unveiled a raft of measures over the weekend to aid companies hit by the coronavirus outbreak and also shore up financial markets.

The People’s Bank of China announced that the total injection announced was 1.2 trillion yuan, the largest single-day addition of its kind in data going back to 2004.

The money will be supplied using reverse repurchase agreements to ensure liquidity is “reasonably ample” during the outbreak, according to the PBOC.

The new measures follow the announcement last week that China’s biggest banks will lower interest rates for firms in Hubei, the center of the outbreak.

However, as Tommy Xie, an economist at Oversea-Chinese Banking Corp notes, the net effect of this admittedly huge liquidity injection is much lower as there are more than 1 trillion yuan of short-term funds scheduled to mature on Monday.

“The amount of the net injection isn’t huge. The PBOC may want to retain some flexibility, which means it can add more liquidity in the rest of the week if the sentiment is too bad.” 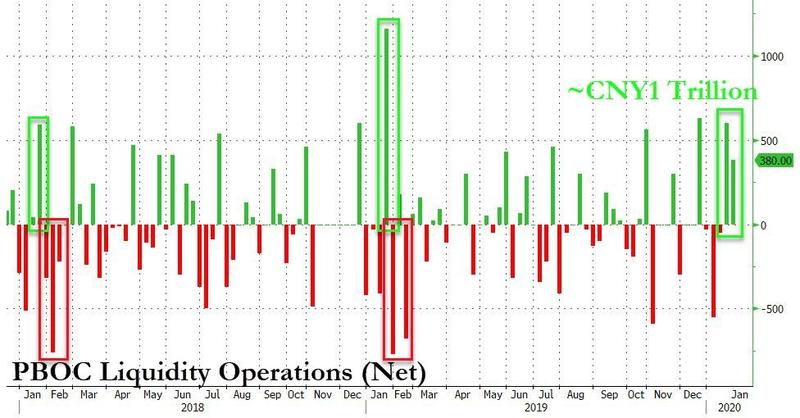 Finally, we wonder if even this additional liquidity injection will be big enough as judging by Dr.Copper, the Chinese economy is about to be hit by the biggest shock in recent history… 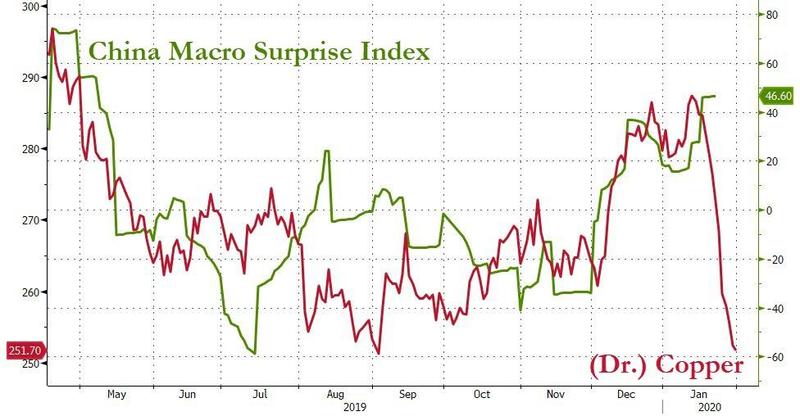 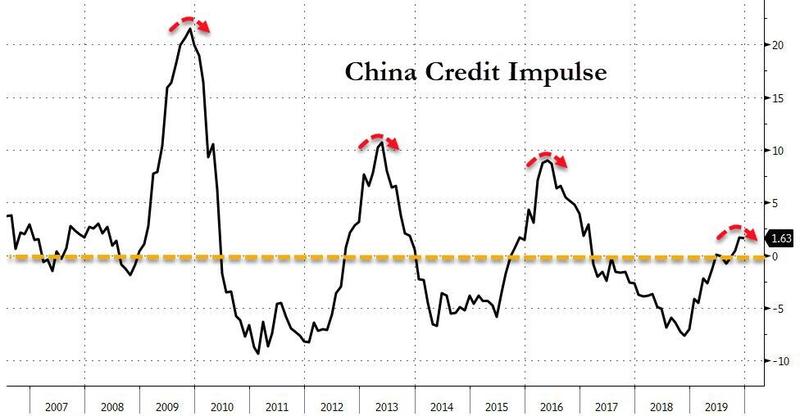 In addition to the concrete measures, Bloomberg notes that senior officials from various regulators and the central bank put out statements urging brokerages and funds to guide investors to “rationally and objectively” evaluate the impact of the epidemic, calling it “short-term and temporary.”

Financial regulators said they have “full confidence” they can keep the economy stable in the long term, according to the Saturday statement, which urged investors not to be affected by “irrational sentiment.”

We are not quite sure what they mean by “irrational sentiment,” as it seems entirely rational to expect economic growth to slow and earnings to be pressured lower given the nation is practically on total lockdown for the foreseeable future.

And if you think that is just conjecture, here is a local business owner with the truth on the ground..

CEO of restaurant chain 西贝 says he can only pay salaries for 3 more months before his cash runs out. Calls for relief from stupid govt policy (傻政策）otherwise will have to layoff workers and create social unrest. 100k views before blocked on wechat https://t.co/gkmIvVV8ha

Says that cutting interest rates is a drop in the bucket, instead wants the government to write off 2020 taxes and take up some of slack when paying salaries

1.2 trillion yuan is nothing like enough…and they have a plan for that – ban selling!

Notice about stock market in #China. No one is allowed to sell when the market resume on Feb. 3.  Biding price to be controlled before opening, no net sell before Feb. 7. Needs special permission for sales over 10M yuan. #CCP fearing market crash #Coronavirus #CoronavirusOutbreak pic.twitter.com/lnGIdQJCe2

#China‘s securities regulator CSRC has reportedly notified brokerages to suspend short selling of stocks from Feb 3, according to the 21st Century Business Herald.

So the Chinese ‘market’ is now Hotel California – you can check out any time, but you can never leave!