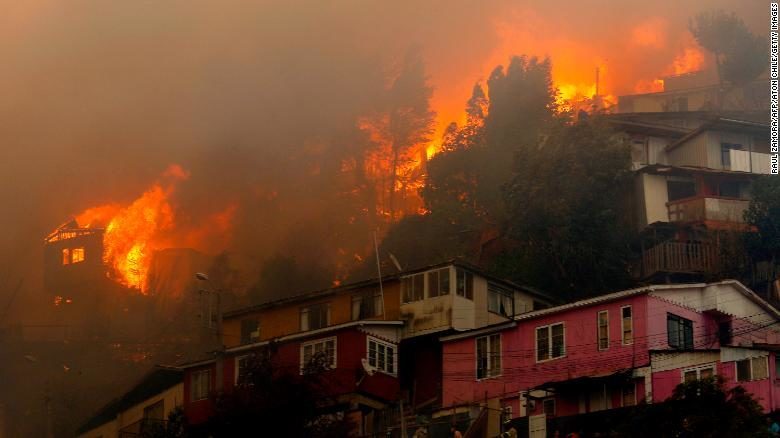 Comment: Again!? Valparaiso has been hit by major wildfires for the fourth time in just 5 years… At least 200 homes have been destroyed after forest fires swept through a residential area in the Chilean port city of Valparaiso on Christmas Eve. Hundreds of firefighters struggled to control the fast-moving blaze, which continued into Christmas Day and was made worse by dry weather and strong winds. Military units and helicopters were deployed to help battle the flames and residents were evacuated to shelters. The government regional leader of Valparaiso Jorge Martinez Duran said in a news conference on Wednesday that it is believed the fires were started intentionally. Chilean Interior Minister Gonzalo Blumel said in a post on Twitter that authorities were working to investigate and “there will be no impunity” for those found responsible. Images show dozens of houses completely destroyed by the flames and residents tried to salvage any belongings.
Source: Chile: 200 homes destroyed as wildfires tear through Valparaiso on Christmas Eve