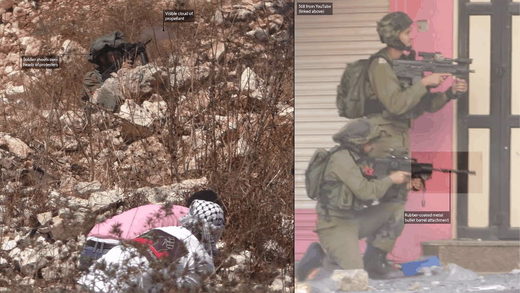 Evidence is stacking up against the Israeli Army over the near-fatal shooting of a Palestinian child by a soldier in July, with the release of a damning report from a British research group. Nine-year-old Abd el-Rahman Yasir Shatawi, was shot in the head on July 12 while sitting outside his friend’s house during a protest in the West Bank village of Kafr Qaddum. He sustained severe brain damage and remains hospitalized more than three months after the attack. Since then Abd’s parents have been left in the dark as to why their son, who was not even participating in the protest, was shot by Israeli soldiers from a hill opposite.
Source: British forensic researchers challenge IDF denial over shooting of child with live fire