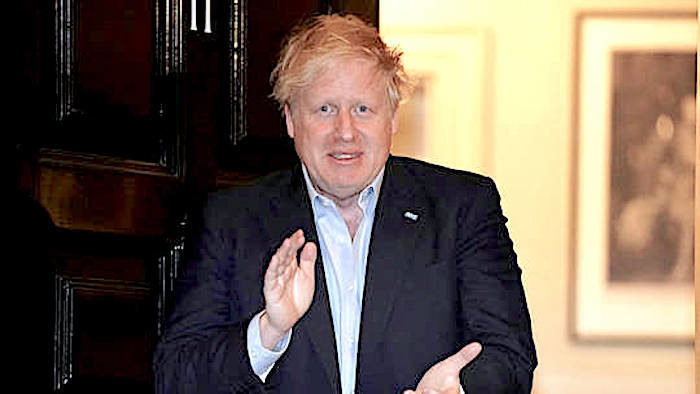 Boris Johnson is continuing his self-isolation inside Downing Street after the initial seven-day period because he is still showing symptoms of coronavirus. The UK prime minister has a temperature, and in a video clip released on his Twitter account said he would continue to stay inside his flat at No 11 until it disappears. The health secretary, Matt Hancock, who announced last Friday that he also had the illness, is now out of isolation. Johnson said: “Although I’m feeling better and I’ve done my seven days of isolation alas I still have one of the minor symptoms, I still have a temperature. So in accordance with government advice I must continue my isolation until that symptom itself goes. But we’re working clearly the whole time on our programme to defeat the virus.”
Source: Boris Johnson forced to remain in self-isolation, symptoms persist – UPDATE: BoJo admitted to hospital as ‘precautionary step’