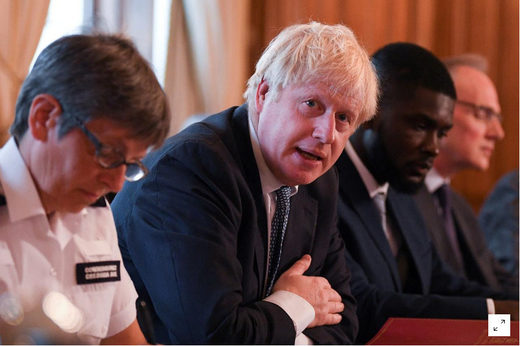 Prime Minister Boris Johnson said on Wednesday some British lawmakers hoping to block Brexit were engaged in “terrible” collaboration with the European Union by undermining London’s negotiating hand and so making no deal more likely. Hours after senior lawmakers said they would seek to prevent any attempt to ignore parliament over Brexit, Johnson used a question-and-answer session on Facebook to attack them. “There is a terrible kind of collaboration as it were going on between those who think they can block Brexit in parliament and our European friends,” Johnson, who has been hailed by the U.S. president as “Britain’s Trump”, said on Facebook. “We need our European friends to compromise and the more they think that there’s a chance that Brexit can be blocked in parliament, the more adamant they are in sticking to their position,” Johnson said.
Source: Bojo claims parliament and EU “collaborators” undermining Brexit