BEST OF THE WEB: How the murder of a top scientist exposed the CIA’s barbaric mind control experiments

September 11, 2019
BEST OF THE WEB: How the murder of a top scientist exposed the CIA’s barbaric mind control experiments 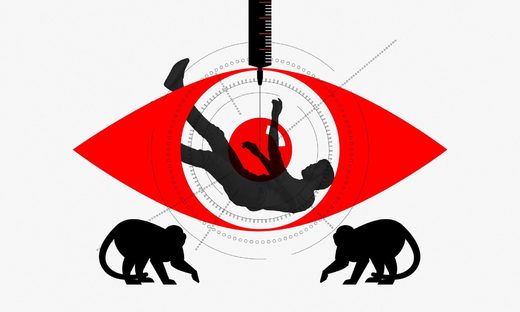 Glass shattered high above Seventh Avenue in Manhattan before dawn on a cold November morning in 1953. Seconds later, a body hit the sidewalk. Jimmy, the doorman at the Statler hotel, was momentarily stunned. Then he turned and ran into the hotel lobby. “We got a jumper!” he shouted. “We got a jumper!” The night manager peered up through the darkness at his hulking hotel. After a few moments, he picked out a curtain flapping through an open window. It turned out to be room 1018A. Two names were on the registration card: Frank Olson and Robert Lashbrook. Police officers entered room 1018A with guns drawn. They saw no one. The window was open. They pushed open the door to the bathroom and found Lashbrook sitting on the toilet, head in hands. He had been sleeping, he said, and “I heard a noise and then I woke up.” “The man that went out the window, what is his name?” one officer asked.
Source: BEST OF THE WEB: How the murder of a top scientist exposed the CIA’s barbaric mind control experiments