BEST OF THE WEB: Extinction Rebellion: The upper-middle-class death cult we should ridicule out of existence

October 9, 2019
BEST OF THE WEB: Extinction Rebellion: The upper-middle-class death cult we should ridicule out of existence 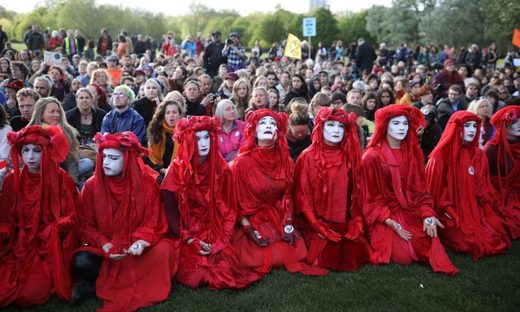 Yesterday, in London, I witnessed an eerie, chilling sight: I saw a death cult holding a ceremony in public. The men and women gathered outside King’s Cross station and formed a circle. They swayed and chanted. They preached about End Times. ‘What will you do when the world gets hot, what, what?’, they intoned, conjuring up images of the hellfire they believe will shortly consume mankind. They sang hymns to their god – science. ‘We’ve got all the science / All that we need / To change the world / Hallelujah’, they sang, rocking side to side as they did so. They demanded repentance. ‘Buy less, fly less, fry less’, said one placard. Catholics only demand the non-consumption of meat on Fridays, as an act of penance to mark the day of Christ’s death. This new religion demands an end to meat-consumption entirely, as penance for mankind’s sins of growth and progress.
Source: BEST OF THE WEB: Extinction Rebellion: The upper-middle-class death cult we should ridicule out of existence