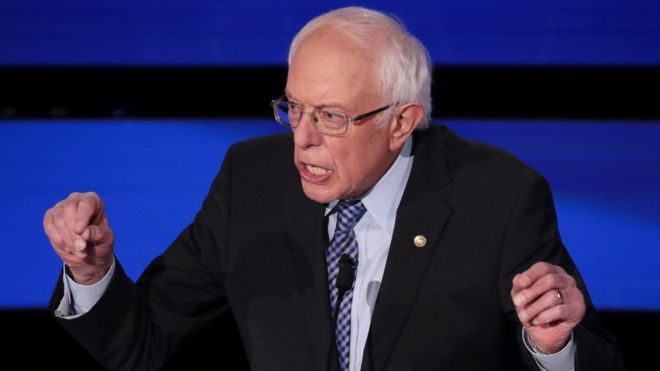 Democratic presidential candidate Bernie Sanders is facing a backlash after he touted a thumbs-up from a podcast host loathed by many liberals. Joe Rogan, a comedian turned provocateur, has told his seven million YouTube subscribers that he would “probably vote for Bernie”. Amid the ensuing outcry, Mr Sanders said his campaign was “a big tent”. Mr Rogan has previously drawn criticism for making what some consider sexist and transphobic comments.
Source: Bernie Sanders faces ire over Joe Rogan ‘endorsement’