‘Basket of deplorables’ 2.0? Biden claims up to 50 million Americans are ‘not very good’ people 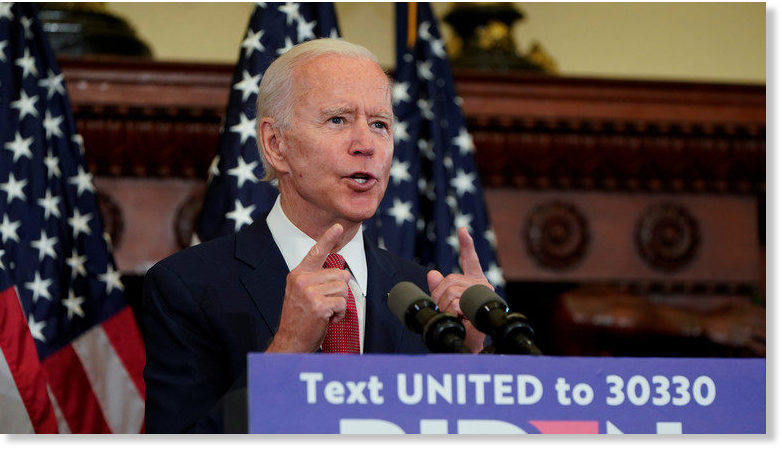 Former Vice President Joe Biden told supporters during a virtual town hall on Thursday he estimated 10 to 15% of Americans were “not very good people” but said the majority were “decent” people whom the president should work towards uniting. Biden’s remarks, made during an event moderated by actor Don Cheadle, drew comparisons to comments by 2016 Democratic nominee Hillary Clinton about half of Trump’s supporters being in a “basket of deplorables,” or 2012 Republican nominee Mitt Romney’s remarks about 47% of Americans being dependent on the federal government and not paying income tax. Ryan Wilson, the CEO of the Gathering Spot in Atlanta, Georgia, had asked Biden how he was going to lead differently and what he would do for black Americans, “if it’s true that you can’t truly lead people if you don’t love people.”
Source: ‘Basket of deplorables’ 2.0? Biden claims up to 50 million Americans are ‘not very good’ people