At least 22 dead as Cyclone Amphan batters India and Bangladesh

May 21, 2020
At least 22 dead as Cyclone Amphan batters India and Bangladesh 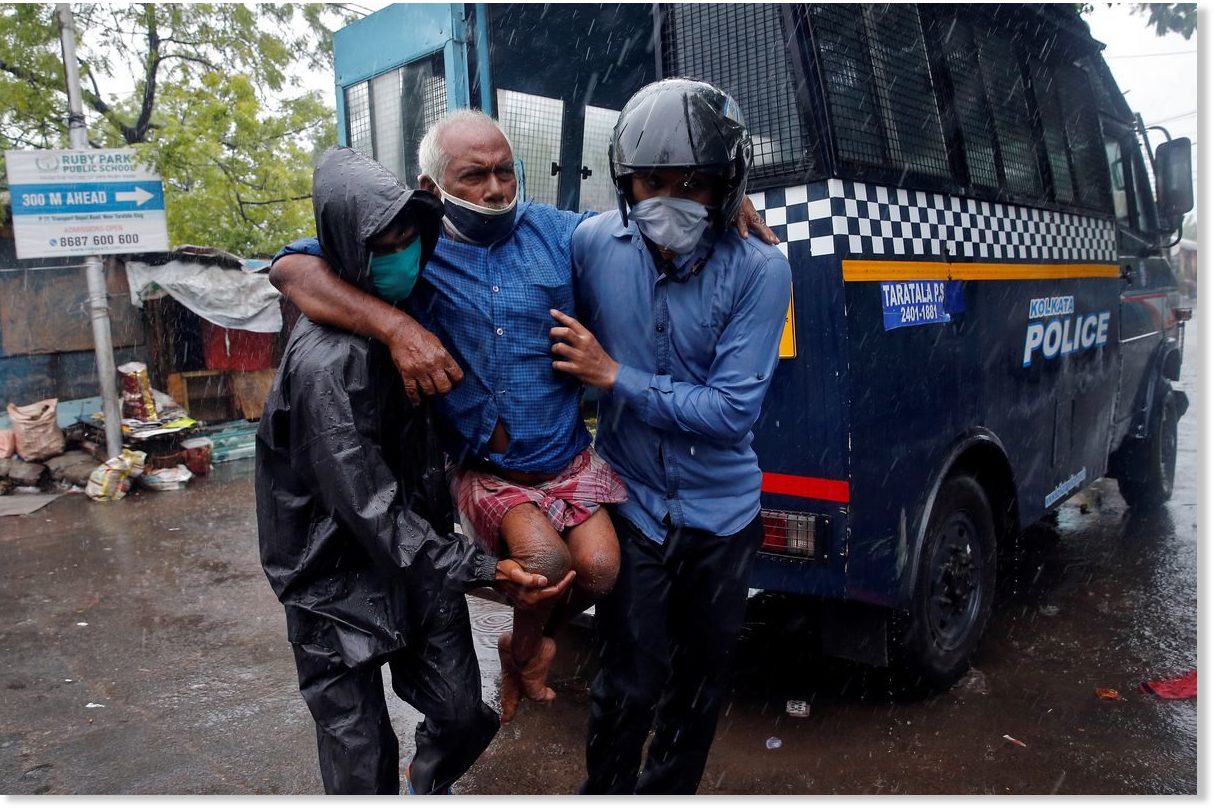 A powerful cyclone ripped through densely populated coastal India and Bangladesh, blowing off roofs and whipping up waves that swallowed embankments and bridges and left entire villages without access to fresh water, electricity and communications. At least 22 people were reported killed Thursday. The cyclone weakened after slamming ashore Wednesday evening amid massive evacuations. Officials warn that relief and repair work will be made harder by the coronavirus pandemic, which has already sapped the health care system. In low-lying Bangladesh, up to eight people have died while 12 deaths were reported in West Bengal state in India. Officials said two people died in India’s Odisha state in the Bay of Bengal. Most of the deaths were due to the collapse of walls, drowning and falling trees in both countries.
Source: At least 22 dead as Cyclone Amphan batters India and Bangladesh