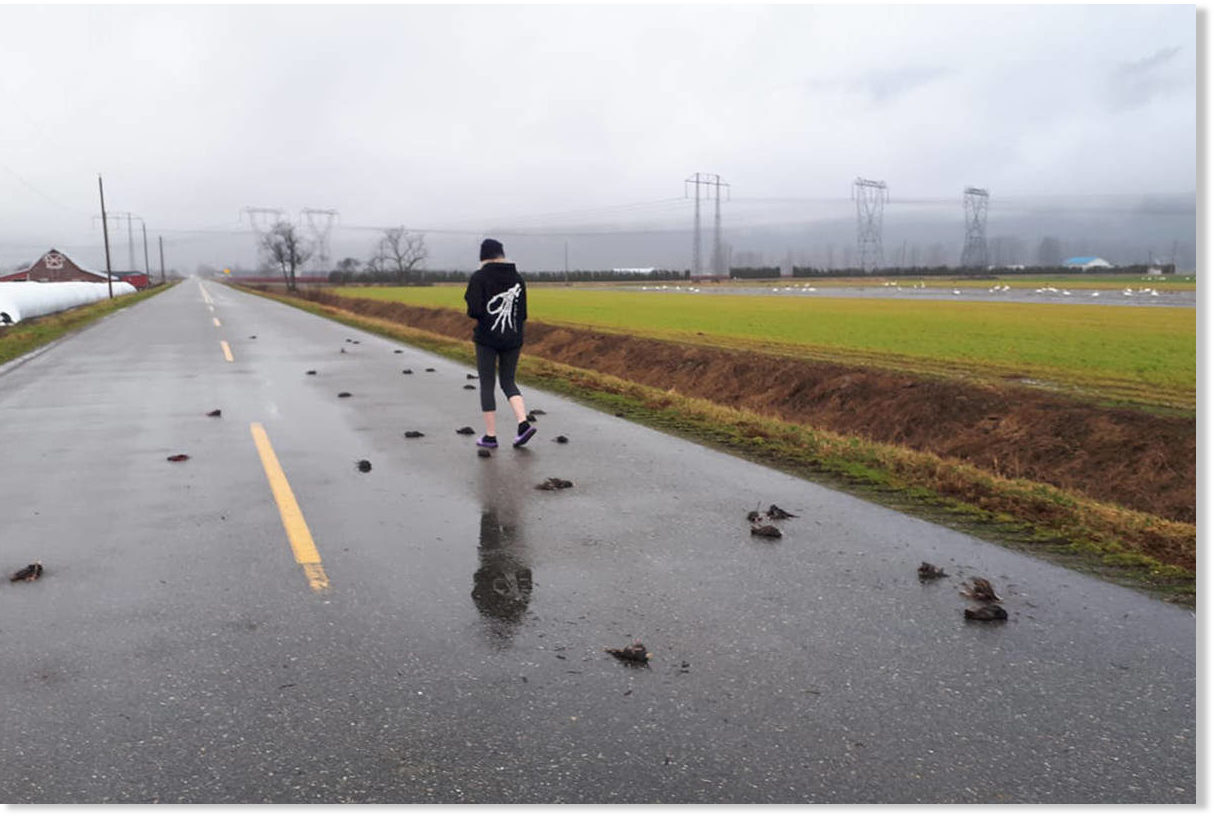 Ministry of Agriculture notified of the strange occurrence on No. 4 Road The mysterious sight of over a dozen feathered-black carcasses on a rural road between Abbotsford and Chilliwack caused one woman to pull over to get a closer look. Katie Hogan says she doesn’t know how the flock of birds met their end, but she counted 15 bodies in total. “The [birds’] insides were out,” she said. “I don’t know what kind of birds they are, but they are smaller than a crow and black.” Over a dozen of my brothers and sisters found dead on a rural road in #Abbotsford. WHY?!?! pic.twitter.com/SknRYpyo9T — Patrick Penner (@portmoodypigeon) February 15, 2020
Source: At least 15 birds found mysteriously dead on road in Abbotsford, British Columbia