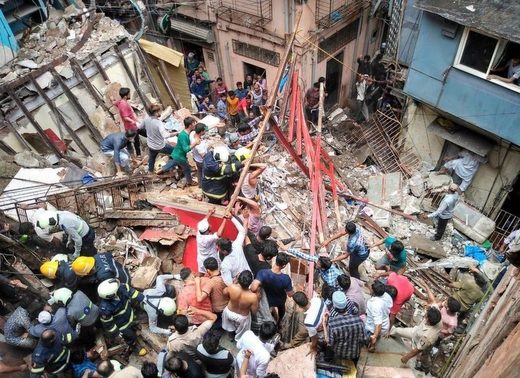 Tragedy struck one of the most congested enclaves of Mumbai just before noon on Tuesday when a four-storeyed structure, believed to be illegal, collapsed in Dongri, killing 10 people and injuring eight. The toll is likely to climb as fire brigade personnel continued their search and rescue operations at Kesarbai Mansion late Tuesday night. Many more are feared trapped in the rubble. As ministers, politicians and officials rushed to the spot, a blame-game commenced between Maharashtra Housing and Area Development Authority (Mhada) and BMC.
Source: At least 10 killed in Mumbai building collapse