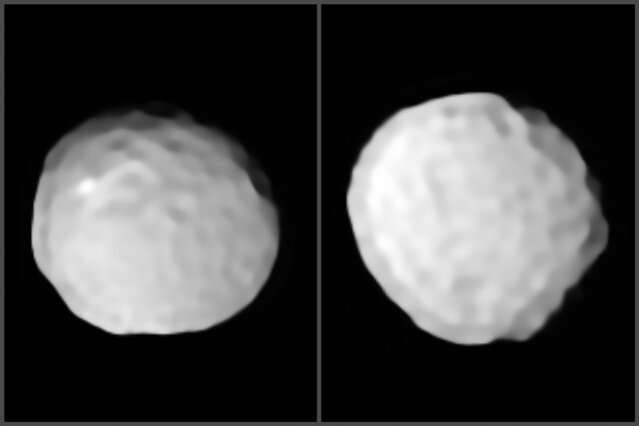 Asteroids come in all shapes and sizes, and now astronomers at MIT and elsewhere have observed an asteroid so heavily cratered that they are dubbing it the “golf ball asteroid.” The asteroid is named Pallas, after the Greek goddess of wisdom, and was originally discovered in 1802. Pallas is the third largest object in the asteroid belt, and is about one-seventh the size of the moon. For centuries, astronomers have noticed that the asteroid orbits along a significantly tilted track compared with the majority of objects in the asteroid belt, though the reason for its incline remains a mystery. In a paper published today in Nature Astronomy, researchers reveal detailed images of Pallas, including its heavily cratered surface, for the first time.
Source: Asteroid Pallas’ “curious bright spot” and heavily impacted surface revealed in new study