Assange’s extradition case: A critical moment for the anti-war movement 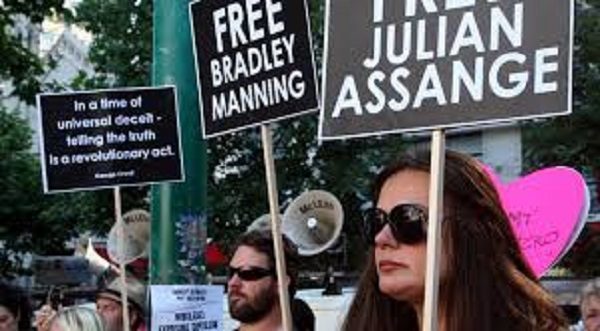 The prosecution of Julian Assange sets a dangerous precedent for anti-war journalists. Earlier this week, Leader of the UK opposition Jeremy Corbyn challenged Prime Minister Boris Johnson in the House of Commons on the US extradition request for WikiLeaks publisher Julian Assange. Corbyn stated that Assange had been charged by the US “for exposing war crimes, the murder of civilians and large-scale corruption”. Backing the Council of Europe, who warned that the prosecution of Assange sets a dangerous precedent for journalists and called for his immediate release, he asked: “Will the Prime Minister agree with the Parliamentary report that’s going to the Council of Europe that this extradition should be opposed and the rights of journalists and whistleblowers upheld for the good of all of us?”
Source: Assange’s extradition case: A critical moment for the anti-war movement