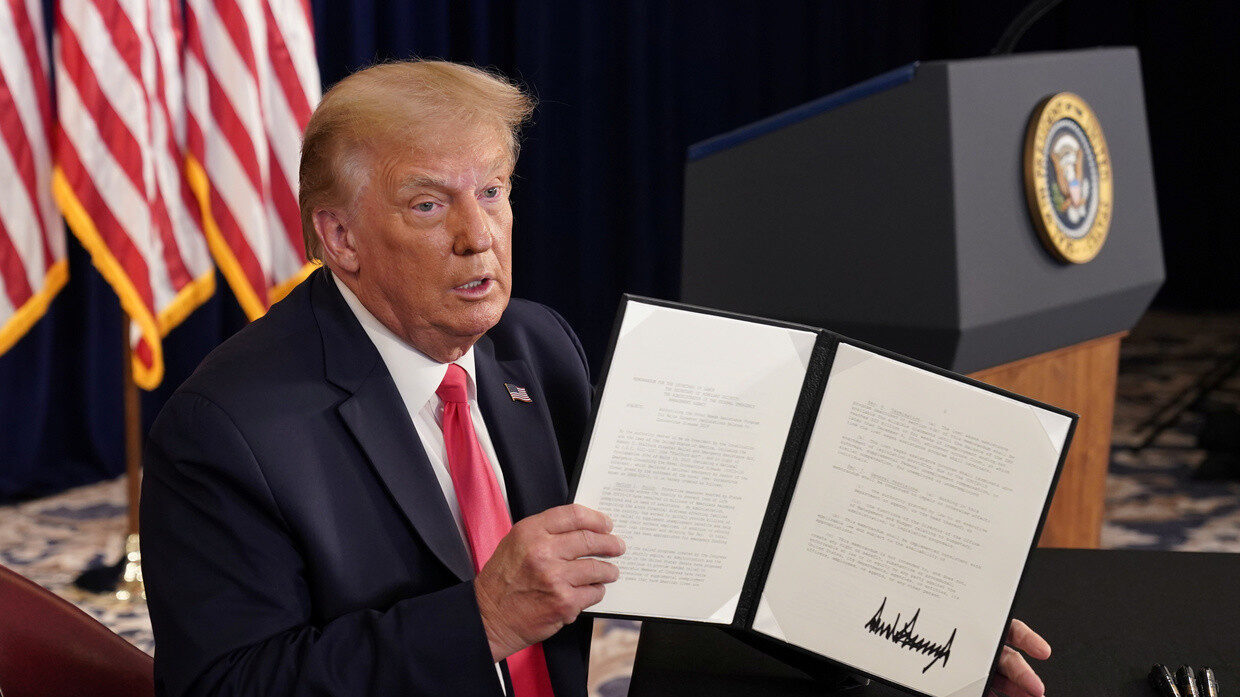 US President Donald Trump has signed a series of executive orders giving extended economic relief to Americans struggling economically during the Covid-19 pandemic after negotiations with Democrats broke down. Trump announced the orders at a press conference at his Bedminster, New Jersey golf club on Saturday, the same location where he warned such action would be taken a day earlier. The orders will give a payroll tax holiday to Americans earning less than $100,000 a year. A second order will “protect people from eviction,” Trump said. A third order will extend unemployment benefits, giving Americans out of jobs $400 a week on top of the unemployment benefits they would have been entitled to before the pandemic, which is a decrease from the previous $600 per week benefit Democrats were looking to extend through the end of the year. Trump also said that student loan repayments would be deferred and that any accrued interest would be forgiven indefinitely.
Source: As Democrats dither, Trump signs executive orders providing economic relief to millions of Americans