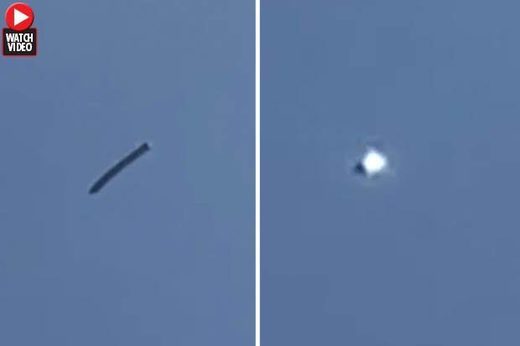 A smake-like UFO appears to have returned after a bizarre object was seen “emitting an energy beam” above the US state of Washington. Alien enthusiasts were sent into a frenzy last month when a baffling UFO shaped like a snake appeared above the Mojave Desert in California. Several weeks later, a similar object was spotted plunging from the sky before speeding off at breakneck speed over Colorado. And now, a third “snake UFO” has been caught on camera. The video shows a grey cylindrical shape hovering in the blue skies above Washington.
Source: Another snake-like UFO spotted as mystery object ’emits energy beam’ over Washington