June 2, 2019
An endless stream of procedural abuses show Assange’s case was never about the law 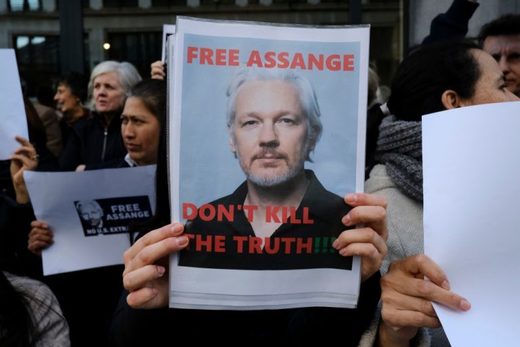 It is astonishing how often one still hears well-informed, otherwise reasonable people say about Julian Assange: “But he ran away from Swedish rape charges by hiding in Ecuador’s embassy in London.” That short sentence includes at least three factual errors. In fact, to repeat it, as so many people do, you would need to have been hiding under a rock for the past decade – or, amounting to much the same thing, been relying on the corporate media for your information about Assange, including from supposedly liberal outlets such as the Guardian and the BBC. At the weekend, a Guardian editorial – the paper’s official voice and probably the segment most scrutinised by senior staff – made just such a false claim:
Source: An endless stream of procedural abuses show Assange’s case was never about the law