July 18, 2019
Against Oslo accords Israel is planning on demolishing dozens of homes in East Jerusalem 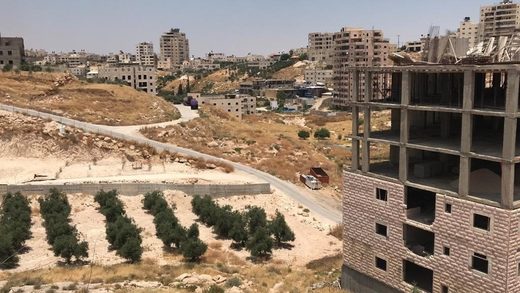 In less than 24 hours, 42-year-old Ismail Obeidiya, his wife Nida, and their six kids, could be made homeless. It’s a terrifying reality that Obeidiya is struggling to grapple with, his unease and frustration more palpable with every word. “We fought so long and so hard, for years, to try to save our home. But in the end, the Israeli courts, the ‘High Court of Justice’ as they say, could not offer us any justice,” Obeidiya told Mondoweiss from the front yard of his home. The Obeidiyas’ home is one of 10 buildings slated for an unprecedented mass demolition by Israeli authorities in the occupied East Jerusalem town of Sur Bahir. While Israeli demolitions of Palestinian homes in East Jerusalem are commonplace, typically under the pretext that the homes were built without Israeli-issued permits, the homes in question stand on ‘Area A’ and ‘Area B’ land under the control of the Palestinian Authority (PA), as designated by the Oslo Accords.
Source: Against Oslo accords Israel is planning on demolishing dozens of homes in East Jerusalem