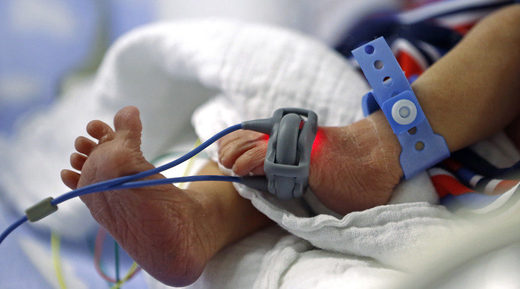 An Indian doctor has claimed to have performed a novel Bronchoscopic Cryobiopsy Technique to treat a rare form of interstitial lung disease (ILD) for the first time in the world on an 11-month old infant. So far the youngest person treated using this procedure was a 7-year-old in Europe. ILD is a progressive lung disorder which if not detected at an early stage can cause significant damage to the lungs. It often occurs in adults in the age group of 40 and above who are exposed to chemicals, fumes, fungal spores related to farming. This disease is also seen in people who suffer from various forms of arthritis as well. In children, however, it’s an extremely rare occurrence. “Recently there has been an increase in the trend of this disease in persons exposed to pigeons and poultry droppings also”, Dr Tinku Joseph, Interventional Pulmonologist, at the Amrita Institute of Medical Sciences and Research Centre in the southern Indian city of Kochi told Sputnik.
Source: 11-month old infant becomes youngest patient to receive novel treatment for rare lung disease