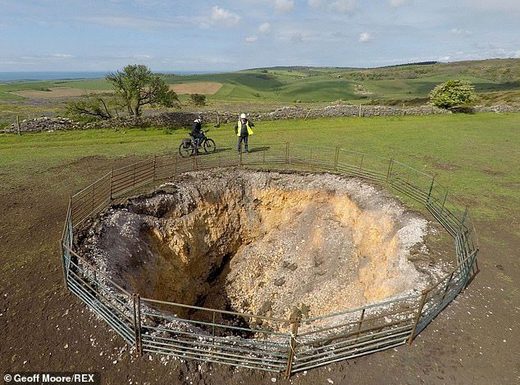 A huge sink hole almost 100ft wide has swallowed a patch of land in Dorset next to a local walking path. It first emerged in February when a dinner plate-sized hole appeared – the land suddenly collapsed this week and created the enormous pit. The chasm was caused by the surface of the land collapsing into an ancient hollow created during the last ice age. Over the past three months it has been monitored by geologists as it gradually increased in size.
Source: 100-foot wide sinkhole swallows patch of land in Dorset, England